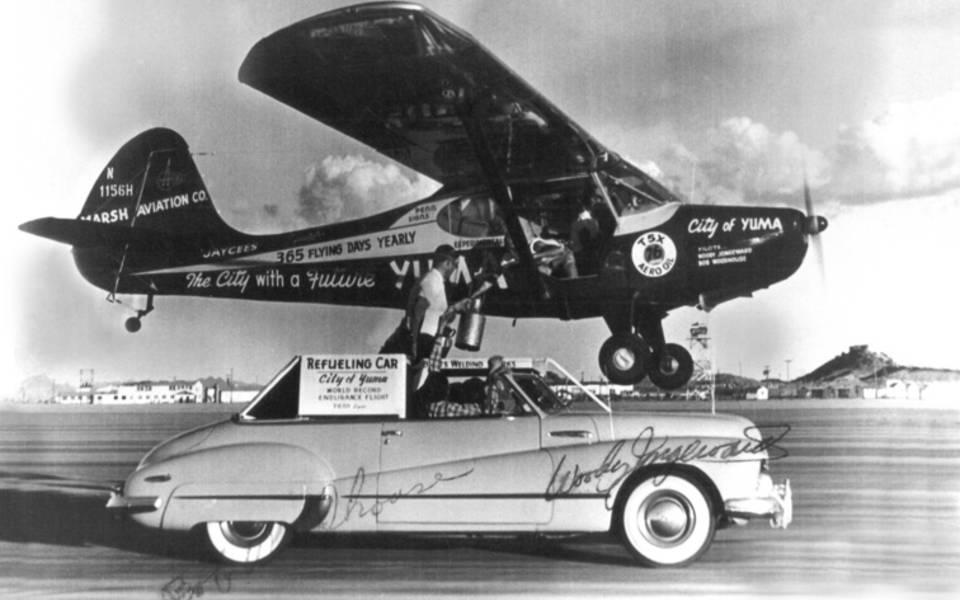 Details Likes
See the plane that put Yuma on the map by setting a record for nonstop hours in the air - 47 days total - in http://1949.When World War II ended, so did military aviation in Yuma.  To spark interest and revive the economy, local Jaycees came up with an idea to spotlight Yuma’s perfect weather: set a record for non-stop flying.
An Aeronca Sedan named the “City of Yuma” took off on August 24, 1949, and didn’t touch the ground again until October 10.  The plane’s record-setting 1,124 hours aloft were made possible by volunteers who passed food and fuel to pilots Woody Jongeward and Bob Woodhouse from a speeding convertible.
The original plane was located and returned to Yuma in 1997.  It flew to mark the flight’s 50th anniversary, and through volunteer efforts and donations now hangs in the atrium of City Hall.
The plane and related free exhibits - including a video and recordings of radio broadcasts from 1949 - can viewed during regular city hall hours, call or for schedule.