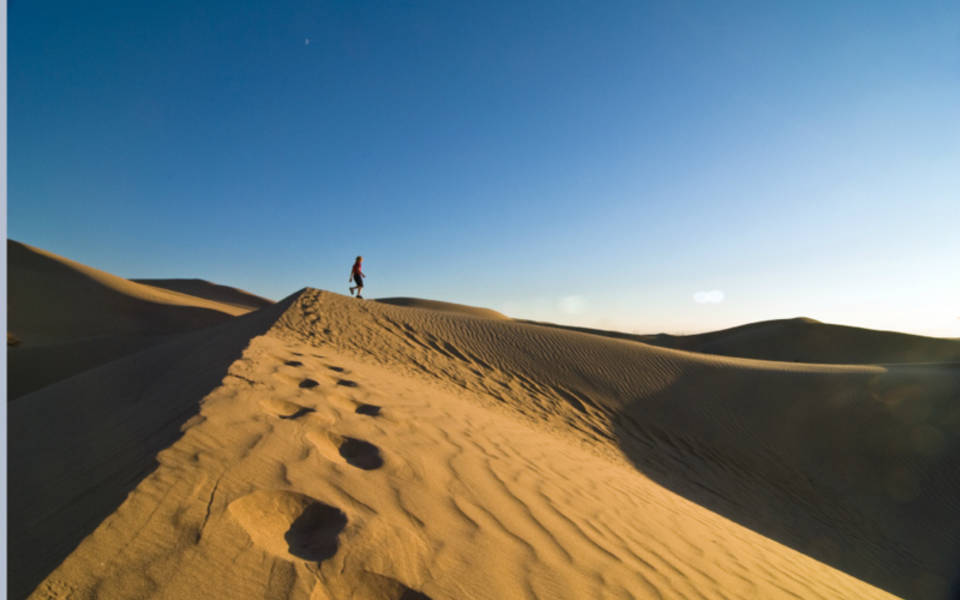 Details Likes
Yuma serves as the gateway to one of the nation's largest mass of inland sand dunes, which extend for more than 40 miles along the eastern edge of California Imperial http://Valley.Now a national recreational area, this natural sand box acts as a magnet for off-road enthusiasts in all but the hottest months and welcomes more than one million visitors every year.
Just 20 miles west of Yuma, the dunes also have served as a movie location since the silent-picture era. Moviemakers first filmed here in 1913, and pictures have been made here in every decade since, including "Star Wars" and more recently, "Jarhead" and "Scorpion King."
During peak season, only permitted vehicles are allowed in the recreation area, but rangers do allow quick stops for a look or a photo without charge.
Besides gazing at dunes that can reach 300 feet high, check out a remnant of the plank road that first crossed the tricky terrain in 1915. Made from lumber spiked to wooden crosspieces that "floated" on the shifting sands, the original was improved the next year and used until 1926. The plank road remnant is at the west end of Grays Well Road, south of Interstate 8. From there, look south to glimpse the Mexican border fence, a massive structure that also “floats” on sand.
The Osborne Overlook on Highway 78 also offers views into both the wild and motorized sides of this sandy world.
Vehicle camping is permitted in all areas open to vehicle use, with sites available on a first-come, first-served basis. The two main camping areas are Buttercup, Midway and Gray's Well campgrounds along Gray's Well Road south of Interstate 8 and Gecko and Roadrunner campgrounds along Gecko Road south of Highway 78. All offer parking pads, toilets and trash facilities.
Use permits are required within the recreational area for "primary vehicles" - the street-legal vehicle that gets you there. Permits are available for the season or for a seven-day period.  Season permits run from October 1 through September 30 of the next year.
Permits are also required for vendors, filming or special events like weddings, races or organized group activities.
You may save money by buying your permit offsite - by phone, online or from an authorized dealer in Arizona or Southern California, see http://ISDpermits.net for details ( http://www.isdpermits.net/ ).