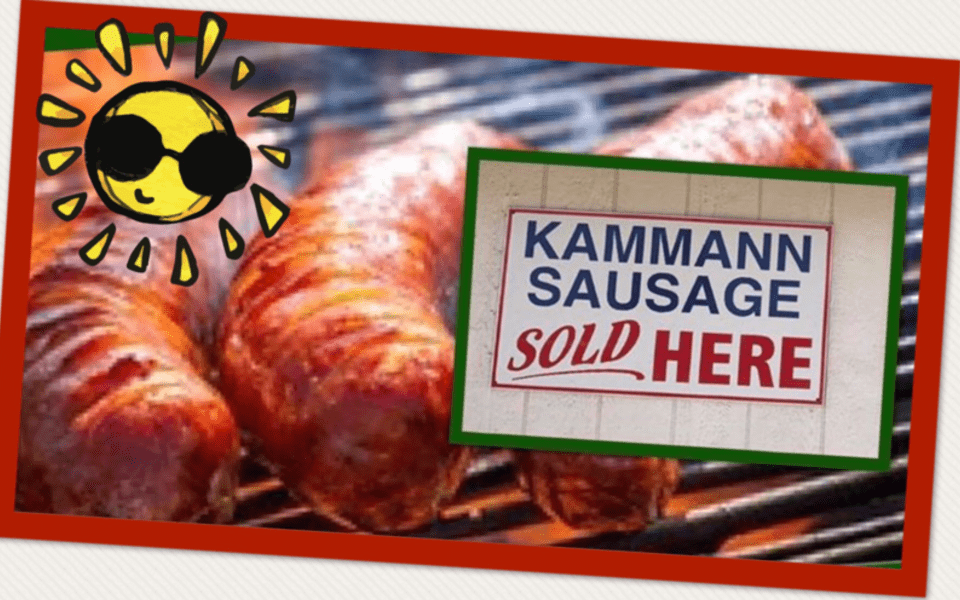 Since 1975  we have been cooking up delicious specialty meats for the Yuma, Arizona community to enjoy. Our famous Kammann's German Sausages are 100% pork-based recipe that were originally brought from Germany by the Kammann Family.
Olsens Marketplace IGA store is located in Ajo, AZ. The Yuma business office displays frozen meats processed in Ajo store which is brought from Ajo on a weekly basis.
These delicious sausages were the star of the Walt Kammann's Sausage Fry, which started in Yuma in 1958 by the local rotary clubs to find the best meal in the region. Kammann Sausages consistently won the competition.
As the event grew, Don Olsen - a long-time Arizona grocery owner - was handed production of the sausages at his Olsens Marketplace and the recipe has been in the Olsen family ever since.
Today, Sonoran Specialty Meats has expanded our offerings to include delicious Southwestern-flavored meats, including Carne Asada, Pollo Asajo and Primo Chorizo. We also have gift items such as Olsens IGA Tastings cookbook, Walt Kammann Sausage logo'd tshirts and more.
Kammann Sausage can be found in the following restaurants:

Share this Arizona Original with friends and family year-round by ordering online, or stopping by one of our locations.
And if you find yourself in Yuma, stop by the Annual Walt Kammann's Sausage Fry, which is held the first weekend in December.