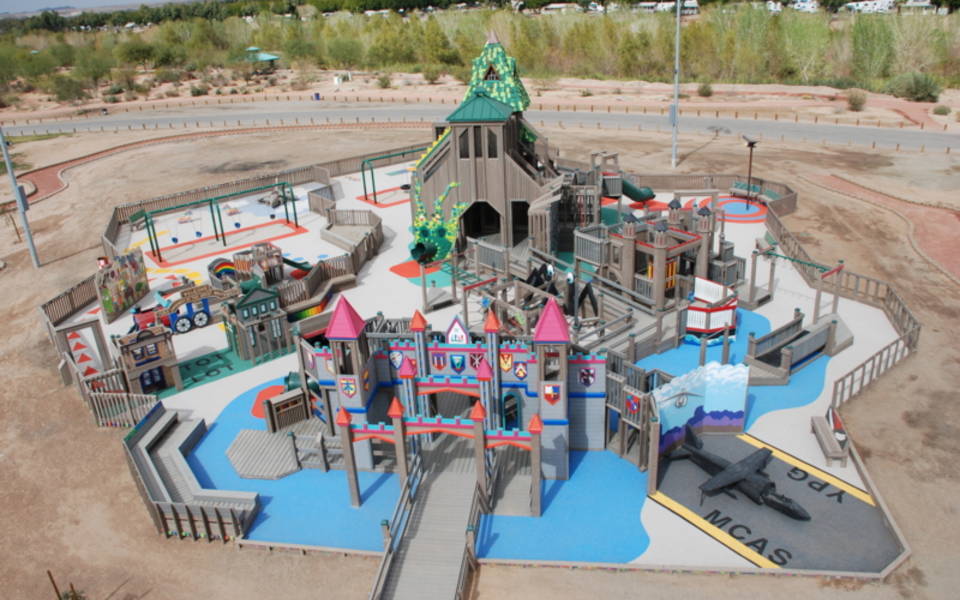 Details Likes
Also known as "the Castle Park," this is one of the largest creative playgrounds in the http://country.The Stewart Vincent Wolfe Creative Playground was created in 2007 by the combined effort of Yuman volunteers in honor of Stewart Vincent Wolfe’s memory. Wolfe and his family were regular visitors at the park. Ron Martin, a close friend of Wolfe, donated $100,000 towards construction of the playground in honor of Wolfe after his sudden death. The development of playground started with a total of 8,000 Yuma volunteers. These volunteers raised a total of $45,264.00 to contribute to the construction of the playground. The creative inspiration for the artistic design of the playground was inspired by elementary school students.
The original playground was destroyed by an arson fire in December of 2015, and rebuilt and reopened to the public in December of 2016. Though insurance helped to rebuilt the playground, an outpouring of community donations will be used to make the "new" Castle Park bigger, better and more accessible in the future.